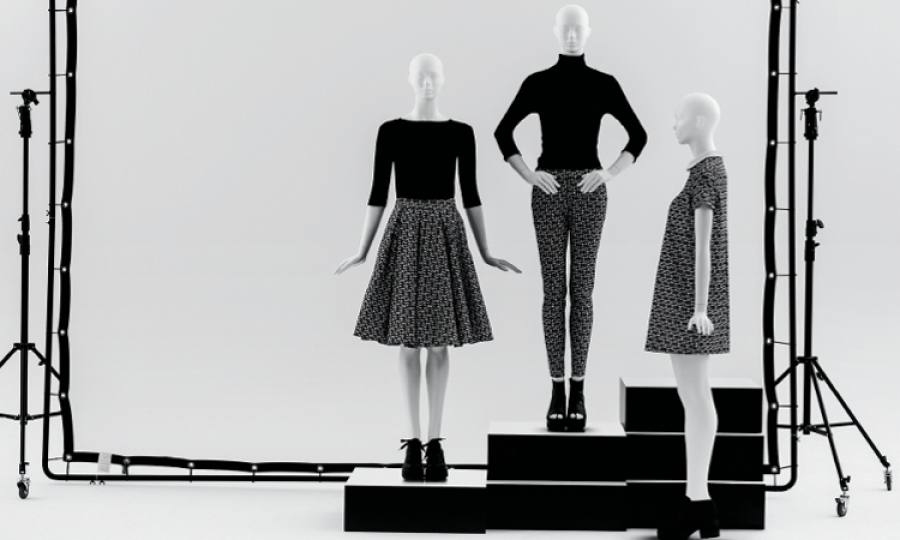 by Zimarina No Comments
Sometimes we hear a story so many times that we stop paying proper attention to it. During the month of Dhul Hijjah- and all year- we are flooded with lectures, webinars, and reminders of the story of the great Prophet Ibrāhīm (ʿalayhi al-Salām) and the sacrifice he was willing to make for his Lord. We know most of the nuts and bolts of the story. We probably heard it as children and have repeated it every year to our own. Somewhere along the way, it is possible that the deep and soul-stirring lessons within the story have become a distant or historical fable to us.
The idea of ‘sacrifice’ runs through every retelling of this story. But just because the term is familiar to us, it does not mean that we cannot carefully unpack it.

As Muslims, sacrifice is part of our everyday lexicon. We have a working idea of what it means to ‘give something up’ for a greater cause. But sacrifice transcends Muslims and is not only the preserve of ‘religious people’. Every single day, humans make sacrifices in different ways. This is because ‘sacrifice’ is simply a question of priority.

You will align all the facets of your life to serve your main priority, and you willingly make the necessary sacrifices to get closer to it. Therefore, what you sacrifice for says everything about what you value as a human being – and we all value something. The concept of sacrifice is something we must take a step back from and unpick in a more holistic and less dogmatic way. To understand what sacrifice really is and how humans are motivated to make those sacrifices, consider a few unlikely examples outlined below.

Your most profound lessons often come from the strangest of places. Many of mine came on the retail floor of a busy luxury department store right in the heart of London. I would witness daily examples of sacrifices, made in elaborate ways for often the most incomprehensible of reasons.

Exhibit A: The Award Ceremony Gown

The entire women’s designer boutique is shut down for an A-list celebrity to come and privately browse. This is not unusual, and the necessary security is in place. She arrives looking for a dress for an awards ceremony.

“Yes, but this is for next year’s one. We begin planning a year in advance.”

The weight training schedule is already in place, meals that ensure a daily calorie deficit are cooked by a dedicated chef, and a team is hired to thwart any would-be copycats from guessing what the dress will be to replicate it.

“So what do you do once you’ve decided on the dress?” comes my innocent question.

The waist measurements are reduced by 5cm in line with the intended weight loss. The week before the ceremony, the celebrity is put on liquid food packs (basically nutritionally-balanced gunk) to ensure they receive the bare minimum food needed for a human to survive. This is typically also given to patients on intensive care wards who have major digestive failure. Twenty-four hours before the show, the celebrity is nil by mouth save for controlled sips of water. She is sewn into the dress, which cannot be undone even to use the bathroom, so she cannot risk any fluid in her bladder. She performs breathing exercises to fit into the corset, and her team tell her when to breathe in as they tighten the threads as far as they will go. So tight is the dress that she cannot sit in a vehicle to reach the ceremony, but instead rides in the back of a van used for transporting horses that is adapted with a handrail for her riding comfort. One year, the idea of extracting her two lower ribs was floated, as this would ensure a perfect hourglass torso.

She also said she had a private physician looking into designing a discrete catheter, so she could carry any of her own urine in a leg bag strategically placed on her inner thigh.

This is not sci-fi dystopia. This was told to me with a straight face as part and parcel of an industry whose priority was image, and with everything proudly bowing in servitude to this goal. Actually winning awards or being recognised for your acting talent was barely on the radar.

Let us not forget models like Anna Carolina Reston, who at 8 stones, was told she was too fat to model. She lost two stones fee sabeelil-runway and came back to die from complications arising from anorexia.[1]

Exhibit B: The World-Class Violinist

A colleague who is a classically trained violinist and winner of the Menuhin Competition – the world’s most prestigious violin competition for players under 22 – reflects on what it took to get her there. To begin, her mother increased her own daily violin practice to 5 hours daily while pregnant with her. She was born to a CD of violin concerto playing in the background, and the music on the school run was Vivaldi’s Four Seasons instead of The Wheels on the Bus. All arts and crafts projects were centred around musical instruments, and she was made to sit and watch her mother’s gruelling practice schedule daily. She was driven for daily violin lessons at 5:00am before school, and monthly overseas trips took place to watch live classic concerts in major cities across the world. She was given twice-daily hand massages in order to get the most dexterity in her digits to handle her instrument. Her parents imported the finest ebony wood from Sri Lanka to have her first violin made bespoke specifically for her. Her friends were vetted to include only those with similar musical aspirations and beneficial family connections.

Their priority was the violin and everything else in life was reordered to achieve excellence with it. The work began before her birth and continued unabated over two decades later.

Exhibit C: The Security Guard Who Lost Everything to Genocide

Amongst the clatter there was Joseph, the Rwandan security guard who was as reliable as he was kind. His sacrifice was not to do with a designer dress or a violin competition, but watching his wife and two children die, before making an uncertain voyage with his remaining child. Joseph, an ethnic Hutu, escaped Rwanda as part of the Great Lakes refugee crisis in 1994 and soon found the camps where he, his wife, and three children were in almost as dangerous as the killing fields they had escaped. Military forces took over the refugee camp and attacks were launched from there. A cholera epidemic swept the camp, claiming the life of his wife. Diarrhoea claimed the life of his eldest son two weeks later. The day he realised he needed to leave was when a mob killed his second son as they rushed towards air-dropped food packages with precious food supplies. His family of five whittled down to only him and his youngest son.

Their bodies were left on a roadside wrapped in bags as there was no means of burial.

Joseph and his son were held as hostages as the military took over the camp. International attention moved on and aid funds dried up fast. A human trafficker, a perilous journey, homelessness in the UK, and relentless racial abuse on these shores followed. Joseph sacrificed his home, his country, his parents, his surviving family members, his community, and everything he had ever known to arrive with his only living child to the UK, hoping for survival and security. Now, as a single father earning a fair wage, he lives through the complicated consequences of those sacrifices but never doubts they had to be made. He had a goal: to see his child survive. He worked to bend, wrestle, and fight the path of fate to make this happen. The sacrifice was steep, but the priority of his son’s life was greater.

How do these seemingly bizarre and unrelated strands of life on the shop floor tie together? They are all different faces of sacrifice. If you have values which are dear to you, they will require sacrifice to achieve them. These human stories are evidence of the importance of having, knowing, and acting in accordance with your priorities. Human beings are motivated most to sacrifice when they are most strongly attached to their top priority. It becomes the focus, their reason for being, and the foundation on which everything else in their life is built around. The deeper your love for and attachment to your top priority, the more you are willing to give up in order to achieve it. You will sometimes even love to sacrifice. It will give you pleasure to adapt, tweak, and sometimes radically flip your world upside down just to get closer to what is most important to you.

Think of the A-lister considering removing her lower ribs and eagerly consuming medical-grade gunk for one night of paparazzi fame. Think of the classical music-loving parents who geared their entire upbringing around raising a Menuhin-winning violinist. Think of Joseph who fled into the unknown of the night on a wing and prayer. The lengths each of these individuals have gone to deserves a type of appreciation. They knew what they wanted and they sacrificed accordingly for it.

The sacrifice of Prophet Ibrāhīm (ʿalayhi al-Salām) reflected the deep, unconditional, and unbreakable love he had for His Creator. He was willing to give up his beloved son for it – few parents can even fathom what it would be like to be in a similar predicament. Sacrifice lays bare what your priorities in life are, so what you give up already speaks volumes on your behalf. Next time we think, discuss, or draw up a list of our short- and long-term goals, let us consider the necessary sacrifices it will take to get there. We must learn to honestly evaluate what we love, value, and place as our highest priority. We are not being asked to remove ribs here, but we do need to begin by asking ourselves the bone-crushing question of what are we, who we want to be, and what we are really willing to sacrifice to get there. 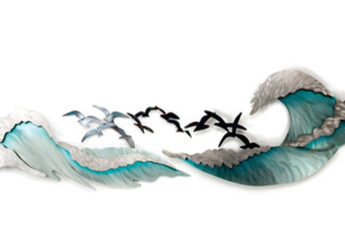 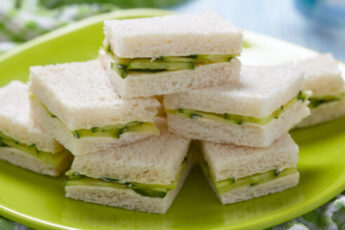 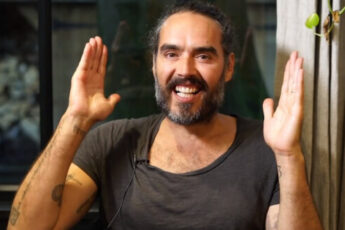 AN OPEN LETTER TO RUSSELL BRAND... FROM A MUSLIM WOMAN